Home › The Journey › Fear and Monsters 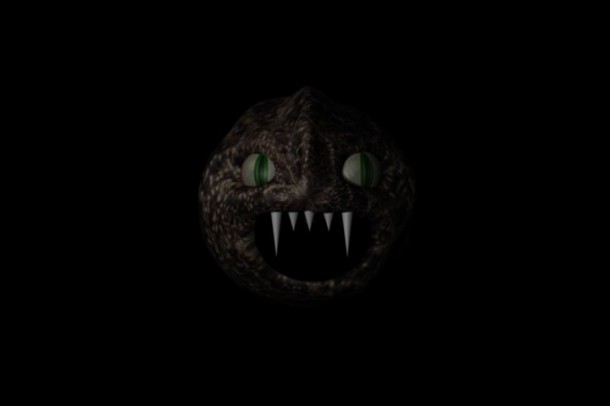 When I was 13 years old, I took one of my first hiking/camping trips into North Georgia with a group from my church.  I loaded up my frame backpack, hopped on a van, took the 1.5 hour trip into the mountains, then we got out and hiked.  And hiked.  Okay, it was probably only like 5 miles.  But when it’s your FIRST camping trip carrying a full pack, it might as well have been a hike up the Appalachian Trail.  Tired and sore, we made it to our campsite – a place truly in the middle of nowhere.  No roads.  Just trails and a raging river of waterfalls impassable by even rafts or kayaks.

There were about 10 of us all crammed into 3-4 tents.  We did the normal camping thing:  Made a campfire, roasted hot dogs, and ate cans of Beanie Weanies cooked on a camp stove.  Then we all went to sleep.

Around 3 in the morning, I woke up.  I had heard something in the distance that sent a chill down my spine.  It sounded like nothing my city-boy senses had ever heard before.  It was some kind of a howl or roar.  Trying not to psych myself out, I attempted to close my eyes and go back to sleep.  Just as I’m about to nod off, I hear the sound again.  Only closer this time.  My heart began to race.  Whatever it was appeared to be following the path of the river by which we were camping.

Again.  Louder.  Closer.  Then again.  Closer and closer the noise came.  Every roar made my heart beat faster and faster.  I attempted to awaken my nearly comatose tent-mate, who barely stirred.  I’m convinced to this day he could have been eaten alive by a bear and wouldn’t know it until he saw Jesus face-to-face.

One more roar, so loud it echoes through the entire valley.  My heart is now beating so fast I can feel it in my ears.  The roar was like nothing I had ever heard.  Was it a bear?  Most likely, but why do bears randomly roar as they wander around the forest?  Was it…gasp…Bigfoot?  (After watching the crazy people on “Finding Bigfoot,” I’ll go with another “maybe” on this one…maybe I can get on TV one day!).  Was it some crazy dude living in the woods who has lost his mind and humanity so far that  he just roams the forest at night screaming (like the Finding Bigfoot people)?  A chupacabra?  Dennis Rodman?  A pack of angry beavers who eat camping teenagers in their sleep?

To this day, I’ll never know.  The roaring came close enough that I could tell that whatever creature it was was on the other side of the narrow river and at one point had to be less than 50 feet away before it continued along its path and the noise grew more and more faint.

Obviously, sleep was a moot point after that.  I was a stupid, emotional, terrified wreck.  The next day my fellow campers thought I must have dreamed the whole thing, so I tried to put it out of my mind and enjoy a day of swimming in the river and jumping off of the cliffs into the frigid water (which was why we hiked into this no-man’s land into the first place).  I reminded myself that being in the woods was a relatively uncommon thing for me, and that if no one else was worried, I shouldn’t be either.

That is until night number two, when the entire process repeated itself, and I vowed to let whatever creature it was devour my tent-mate as a sacrifice offering to protect myself should the need arise.  Okay, I kid about that part.  Sort of.

I was a kid then.  And although I still don’t have any answers as to what gripped me with fear that night, I’m still no stranger to fear.  And while “monsters in the forest” aren’t my most pressing fears, the ones that I face are no less scary:

Like that 13-year-old kid I was back in the day, I can still find myself lying awake in my bed at night unable to get the “roar” of real-life fears out of my head.

I used to believe that children scare easier than adults.  My daughter, for example, has a lot of fears.  She jumps at the sound of thunder (most kids do).  She can become afraid of spending a night away from home.  She screams when her imagination gets the best of her.  Kids are like that.  After all, their imagination hasn’t been completely snuffed out by the realities of daily life.  In many ways, children still believe in monsters in the closet, real or not.  As adults, we often pride ourselves as growing out of our fears, having learned that the thunder always comes with a storm and that household creaks in the night are normal.

But today, I believe adults live in more fear than most children do.

You see, we’ve learned what the REAL monsters are.  Sometimes the monster is a friend or family member who has hurt us, whether a little or a lot.  Sometimes, the monster can be a boss.  It can be a daunting task at home or at work that we fear never being able to accomplish.  It can be the fear of letting people down.  It can be a health scare or the loss of a loved one.

Unlike the monsters that our children often fear, these monsters are real.  These monsters can hurt us in ways we never thought possible back in the college-age days when we still believed we were bulletproof.

Ever have that dream where something is chasing you and you can’t move?  Okay, maybe that’s just me and I need another appointment with a psychiatrist.  But that is what fear of something can do to us.  Because of past pain and injury or failure, we can become so afraid that we stay put and never change.  We fail to pursue dreams.  We avoid relationships because we have been hurt badly in the past.  We become the proverbial “deer in the headlights” – people who KNOW we need to make a change, but are too gripped by fear to do anything about it.

These monsters CAN (and usually have) hurt us.  The wounds of abuse or broken relationships or failed endeavors leave lasting scars.  The pain is real.

“If it bleeds, we can kill it.”  That’s one of my favorite lines from Arnold Schwarzenegger in the movie “Predator.”

The monsters we fear do bleed.  Every time we take a step and act EVEN WHEN WE ARE AFRAID, we defeat whatever it is that has kept us afraid.  Sure, there are always more monsters that may be lying in wait, but though they can hurt us and scare us, they ultimately cannot stop us if we choose to press on.

Fear itself is the REAL monster.  It is the one that would bind us in chains and keep us from healing, growing, moving, learning, or thriving.  But the one thing fear cannot stand is defiance.  When we defy fear, we weaken it.

As Christ-followers, this power to defeat fear needs to become second nature to us.

First, God is on our side.

Our own health can attack us, but God can still move in us.  My 92-year-old dying grandfather brought joy to the hospital staff who tended to him in his final days.

Uncertainty may cloud our decisions, but faith in the God who knows everything can help us learn not to fear the road ahead, but trust our Guide along the journey.

Second, we don’t have to face fear alone.

Another thing fear hates is community.  We can lift each other up.  We can encourage one another when the monsters attack.  And while there is certainly risk in any community, there is also the possibility of strength in numbers.  It took just 12 guys to change the face of the world 2000 years ago, and they faced some very real monsters in the forms of persecution and deadly opposition.

The next time you’re lying awake at night, and the monster of fear starts scratching at the closet door in your mind, stand up, clench your fist, and punch the monster in the face.

But God is my King from long ago;
he brings salvation on the earth.

It was you who split open the sea by your power;
you broke the heads of the monster in the waters.