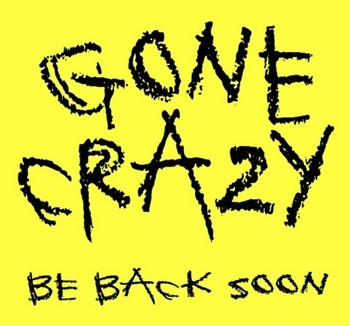 : a state in which someone thinks about someone or something constantly or frequently especially in a way that is not normal

: someone or something that a person thinks about constantly or frequently

Obsession can be a minister’s greatest strength.  In fact, it’s our “not normal” preoccupation with those that are far from God which drives us to do the very things we do – so much that our very careers and activities have been constructed around it.

We lie awake at night pondering hundreds of “what if” scenarios of how to make a difference for this generation and the next.  We may take great risks both personally and corporately to make a difference.  We sacrifice much of our time and our energy – often more than we truly have – to just make one more life change possible.

We may frighten people in the obsessive way that every conversation, every gathering, or every social media post in some way or another reveals how we constantly think about our ministry and our desire to see God’s Kingdom grow.

Freaks, we are.  We know it.  But we know we were called to be freaks – not a people of half-assed faith.

In everything we do, we show that we are true ministers of God. We patiently endure troubles and hardships and calamities of every kind. We have been beaten, been put in prison, faced angry mobs, worked to exhaustion, endured sleepless nights, and gone without food. We prove ourselves by our purity, our understanding, our patience, our kindness, by the Holy Spirit within us, and by our sincere love. We faithfully preach the truth. God’s power is working in us. We use the weapons of righteousness in the right hand for attack and the left hand for defense. We serve God whether people honor us or despise us, whether they slander us or praise us. We are honest, but they call us impostors. We are ignored, even though we are well known. We live close to death, but we are still alive. We have been beaten, but we have not been killed. Our hearts ache, but we always have joy. We are poor, but we give spiritual riches to others. We own nothing, and yet we have everything.

Who – WHO! – in their right mind would act in such a way unless their minds had been altered in such a way that they realized the things of this world are not nearly as important as the task God has placed before us – to be TRUE ministers of God?  Obsession is part of the job description.

But as with any of our greatest strengths, obsession can turn into our greatest weakness.  We can too easily pervert that obsession into something unhealthy or focus it on the wrong things.  At that moment, our freakish pursuit to be Christ-like just becomes freakish.

1.  When our ministry obsession hurts our relationships.

One of the most difficult things for ministers to talk about is what they should not have sacrificed.  I cannot tell you how many people in ministry whom I’ve spoken with who have literally missed a child’s birthday or a family holiday gathering or even just the day-to-day enjoyments of family life because they felt they had something greater to do.  I am one of them.  And here’s the very hard lesson I’ve learned:  You cannot give your family half-ass treatment and call yourself a fully-devoted follower of Christ.  In fact, part of our credibility as leaders is grounded in how well we lead and tend to our own house (See 1 Timothy 3:1-13).

To put it another way:  If God prevented Abraham sacrificing his own son on the altar of ministry, then why do we do it??

Even if you are single, and are uniquely positioned to give HUGE amounts of your time and energy to ministry, do not overlook the friendships and relationships (even the potential ones that God may be placing in your path) because you’ve got a “higher calling.”

There is no higher calling than to love people as Jesus loved them.

2.  When we obsess about people who have opposing ideas:

No one likes criticism.  No one likes critics – Even the constructive ones (ESPECIALLY the constructive ones, sometimes).  People will always find something to criticize us about – our theology, our church, our ministry model, our clothes, our music preferences, our decisions, our mistakes.  Criticism is inevitable.  It is unavoidable.  People will leave us.  People will unfollow/de-friend us.  They will talk about us.  There might even be rumors or character assassination.

What is dangerous, however, is obsessing over it.  And I think many of us need to simply admit that when we believe we are doing something God has called us to do, we think too often “How DARE you question me!!”

Last year, I heard Jon Acuff speak at a conference in Atlanta.  He spoke about a book that he had written, and how he had gone onto Amazon.com to read the reviews of his book.  While the reviews were overwhelmingly positive, he said what bothered him was the ONE glaring negative review on the page.  The 1%.  He knew the reviewer’s name by heart (though not personally).  His challenge to us in the crowd was to not obsess over that 1% who disagree.

Maybe for us it’s more than that.  Maybe for us we can feel like the whole world has turned on us.  And in some situations it would only be prudent to take a long, hard look at ourselves and ask, “Could they be right?”  It would be foolish not to at least entertain the idea that we could be wrong about some things.

However, too often we would rather pick a fight (even if only an imaginary one in our mind).  Becoming obsessed with those who voice opposing views, we go on the offensive.  It plays out like a DirecTV commercial:

Okay, maybe it’s not exactly like that.  However, it IS true that we can obsess over things we should not – and that takes time and energy away from the things we SHOULD be obsessing about.

Put it this way:  If people who voice opposing ideas get more attention from you than the people you are called to minister to, the you’ve become obsessed with the wrong things.

Don’t obsess.  Work the problem.  If you have random critics or people who snipe at you from a distance, ignore them.  Move on.

If they are closer – if they are people in your congregation, professional acquaintances, or even friends – then pick up the phone or meet face-to-face and talk it out before your annoyance with their opinions causes you to dwell on their perspectives and maybe even begin to take things personally that are not.  Talk it out before it blows up, fix it or agree to disagree, then get back to the right obsession.

3.  When we obsess over our own hype.

Let’s face it.  We can drink too much of our own Kool-Aid.  We can turn a Christ-powered passion for ministry into a personal obsession to succeed.  Maybe we don’t want to let God down (though I think that even this perspective is a form of personal effort vs. the grace of God).  Maybe we have seen God do inexplicable things through us we never thought imaginable, and merely want to keep that alive.

But without a humble spirit, we can too quickly believe that our success is caused by us.  We can think that God is only moving in us and OUR churches.  Donning our church T-shirts and spouting out vision/mission statements, we march into the world saying, “Look at what’s happening here!”  Look at what WE have done.  Look at what I have done!

What is happening may, indeed, be fantastic.  But there’s a fine line between celebrating what God is doing in you and through you, and celebrating yourself.  There is evangelism and ministry, but there is also self-marketing and self-promotion.

The difference in which is good and which is bad lies in this:  Can you minister in anonymity, or do you need for people to know that YOU did it?  A godly obsession to grow HIS Kingdom requires no kudos.

I think all people in ministry struggle with one or more of these obsessions at least at some point(s) in their careers.  The good news is that grace can and does get us back on the right track.

We want to be freaks.  We need to be freakishly obsessive about the Great Commission.  After all, we are bearers of the greatest news in history:  that Jesus Christ died for sins and is reconciling people to himself.  There is NO greater task before us than to go and make more disciples.  This requires us to do crazy things.

Categorised in: The Church, The Journey, The Vision